Meat in a time of post-truths, half-truths, and fake news: Where do we stand? (Part I) 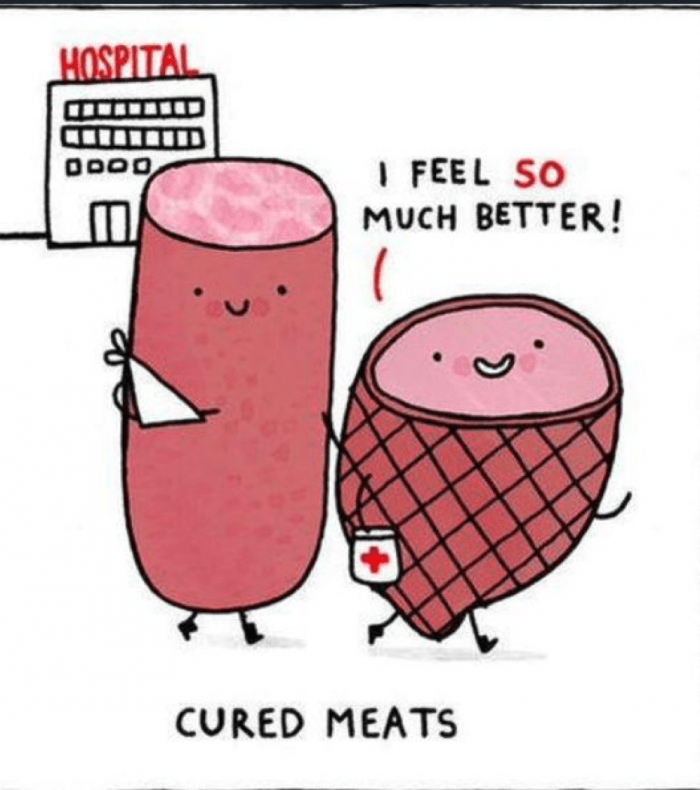 07 Jun Meat in a time of post-truths, half-truths, and fake news: Where do we stand? (Part I)

Posted at 17:22h in Nutrition by pinnacle_user
2 Likes

This week’s blog from our nutritionist, Sam, focuses on how meat (specifically red and processed meat) has been construed as a food that is as likely to cause us ill as smoking. How can we know what to believe and what not to believe? Does bias come in to play? What do the studies really tell us? This is a lengthy blog and as such will be split in to two parts. We hope you enjoy it and look forward to hearing your thoughts on the subject.

How confusing it is in a world of post-truths, half-truths, and outright fake news, to tell apart the good reporting from the bad, the true from the false, and the honest mistake to intentionally misleading.

In the age of information there are many hands at play when it comes to the emotive topic of consumption of meat; dietitians, nutritionists, health authorities, the food industry, the vegetarian and vegan movements, and ‘celebrities’ chiming in with their two pence, to name but a few.

The tearing up of the nutritional rulebook in recent years, with people questioning the dogma that has persisted for decades, combined with a decreasing confidence in government and institution expertise has only served to fuel controversy, confusion, and uncertainty amongst the general public. Adding to this controversy is the cherry-picking, misinterpretation and, in some cases, fabrication of information derived from scientific studies.

Western societies may be ‘post-complexity’ rather than ‘post-truth’ (Baggini 2017), with an over-arching need (or requirement, even) to over-simplify topics that are wide-ranging, complex and rarely have a black and white answer.

The grey area is vast.

Often, headlines are made, and fear-mongering employed based on the loosest of evidence and, apparently, with what is ‘on trend’ in society at the time of writing. A recent study by Leroy et al. (2018) used the MailOnline(the online version of the Daily Mail) to look at the variety of headlines between 2001 and 2015, which included ‘meat’as part of the story, and classified them as positive, negative, or ambivalent.

‘In total, most of the 1310 items (52%) reported on connections to disease, whereas 35% of the items depicted meat as a health-promoting food. Only a minority (13%) mentioned both positive and negative aspects. In about half of the cases, the statements were backed up with a reference to either official health agencies and research institutions (24% of all items) or specific scientific studies (26%) (results not shown). The remaining items did not cite any specific references (18%), remained vague on their sources (14%), or referred to health opinionists without clear academic or governmental affiliation, such as naturopaths, food writers, and midwifes (18%)’

Surprisingly, positive articles regarding the health impact of meat in the diet actually wentup after the episode of bovine spongiform encephalopathy (BSE) to encourage people to eat meat again, due to the devastating impact the outbreak had on the British economy (Ashworth and Mainland 1995). Times when there were clear increases in negative stories on meat were around the period of the bird flu scare in 2007, and more recently the statement from the World Health Organization classifying processed meat as a class 1 carcinogen (more in this later).

‘I stopped my hair falling out by eating steak’

‘Red meat can trigger a STROKE!’

‘How turkey covers your kitchen in BUGS!’

This kind of sensationalist writing (both for and against meat), whereby isolated and minor studies are cited to create ‘click bait’ headlines has been criticized by academics and health professionals and has been deemed a threat to public health.

These articles are often based on studies done on single nutrients (often in rodents)rather than overall dietary patterns. I can’t personally remember a time I consumed saturated fat in isolation from any other foods…

Tune in next week to find out more and hear Sam’s recommendations on the consumption of red and processed meat.