Meat in a time of post-truths, half-truths, and fake news: Where do we stand? (Part II) 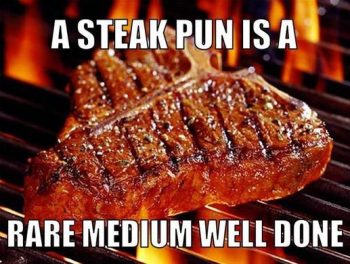 13 Jun Meat in a time of post-truths, half-truths, and fake news: Where do we stand? (Part II)

Posted at 17:16h in Nutrition by pinnacle_user
0 Likes

Last week we looked at the conflicting information put out on to the internet and how that can affect people’s choices when it comes to what they eat.

This week we take a look at how deliberate misrepresentation can further muddy the waters.

What does the research and the statistics quoted actually mean for you and I? What are my recommendations on meat consumption.

In light of some of the anti-meat headlines, it is not uncommon for vegetarian or vegan strategies to undermine the positive aspects of meat consumption (let us not forget that meat has been a staple food of many cultures throughout most of their history), whilst exaggerating its potentially harmful effects.

What is to be made of sensationalist documentaries such as ‘What the Health?’, appropriately termed ‘Spectacle, not Science’ by Harriet Hall on sciencebasedmedicine.org?

The film claims that all major chronic diseases can be cured by eliminating meat and dairy products from our diet. The creators cover a lot of different angles in the movie, but as I am only focusing on meat consumption in this blog, I will just try to focus on that aspect of the films claims.

In the film, the producer Kip Andersen, (a self-proclaimed hypochondriac and vegan) makes the claim that 1 serving of bacon per day (roughly 2 rashers) is enough to increase your chances of developing cancer by 18%.

This, however, is what is known as relative risk, which is very different from absolute risk. The ‘increases cancer risk by 18%’ claim, wrongly misleads the viewer to assume that if they eat 1 serving of bacon per day they will stand a 1 in 5 chance of developing cancer. When in fact what this really means, is that 1 extra person out of every 200 may develop cancer (colon cancer in this case). It’s confusing statements like this which only serve to confuse an already dubious public.

In 2015 the International Agency for Research on Cancer (IARC) (the arm of the World Health Organization (WHO) responsible for compiling evidence on cancer) released a statement classifying processed meat as a class 1 carcinogen and red meat as a class 2A carcinogen.

Sounds bad, right? Well let’s put that in perspective for a moment.

Do you know what else is in the IARC Evaluation of Carcinogenic Risks to Humans?

The poison is in the dose.

If you insist on eating bacon with breakfast, sausage rolls at lunch, and BBQ err’ day, then yes, you are more than likely consuming an unbalanced diet and live a non-optimal lifestyle which may (nothing is set in stone with nutrition) increase your chances of developing a chronic disease such as colorectal cancer.

We need some perspective here.

‘One way to avoid cancer would be to stop eating or drinking anything, but the unfortunate side effect would be death. One could no longer breathe air in a polluted city (most cities then), drink coffee, eat grilled food, or apply aloe vera, thereby putting working as a hairdresser in the same risk category as red meat’

Classifications such as the IARC’s decision to place processed meat and red meat in class 1 and 2A are based on epidemiological studies (which can show correlation, but not causation) and are based on the strength of the evidence and do not assess the level of risk.

‘This recommendation (processed meat) was based on epidemiological studies suggesting that small increases in the risk of several cancers may be associated with high consumption of red meat or processed meat. Although these risks are small, they could be important for public health because many people worldwide eat meat and meat consumption is increasing in low- and middle-income countries.’

‘In the case of red meat, the classification is based on limited evidence from epidemiological studies showing positive associations between eating red meat and developing colorectal cancer as well as strong mechanistic evidence.

Limited evidence means that a positive association has been observed between exposure to the agent and cancer but that other explanations for the observations (technically termed chance, bias, or confounding) could not be ruled out.’

Going back to ‘What the Health?’, a big deal was made of processed meat being as bad for you as smoking, due to the class 1 carcinogen classification, but this is simply not true.

The WHO states that:

‘Processed meat has been classified in the same category as tobacco smoking and asbestos (IARC Group 1, carcinogenic to humans), but this does NOT mean that they are all equally dangerous. The IARC classifications describe the strength of the scientific evidence about an agent being a cause of cancer, rather than assessing the level of risk.’

Outlandish claims like this only serve to discredit the vegan movement. As Virginia Messina, Registered Dietitian (a vegan herself) says of this type of propaganda:

‘As a vegan health professional, I am sometimes mortified to be associated with the junk science that permeates our community. As an animal rights activist I am disheartened by advocacy efforts that can make us look scientifically illiterate, dishonest, and occasionally like a cult of conspiracy theorists’

When it comes to understanding why processed and/or red meat may cause cancer there are a number of proposed mechanisms which are more important to understand than the data extrapolated from large population (or epidemiological) studies.

Below I have briefly summarised the key suspects for colorectal cancer mechanisms from red and processed meat consumption. Examine.com, in their original article, go in to much more detail (link in references).

One mechanism proposed comes from the damage caused to the gut from chemicals such as NOCs (derived from myoglobin, the red pigment in muscle tissue, during processing by our bodies). Following consumption of processed meat, chemicals used as preservatives in this foodstuff can lead to NOCs being created at a faster rate than from the meat itself. However, eating green veggies with your meat may ‘cancel out’ the production of these harmful NOCs.

You know that delicious char you get on barbequed food? Well, it might be an idea to bulk out your plate with green, cruciferous vegetables at your next BBQ. High temperature cooking creates heterocyclic amines (HCAs), which can damage the gut. Again, consider the entirety of your meal. Load up on veggies and spices (Caribbean ones seem to be the best) and you’ll reduce the HCAs in your BBQ meal.

Red meat is known for its iron content, important for oxygen transport around the body (Haas and Brownlie 2001). However, iron is also easily oxidised and can build up in intestinal cells, causing damage. This is why iron supplements are not generally recommended to the public. It is easy to see the link between oxidised iron build up and colorectal cancer, however calcium salts, chlorophyll (plants), vitamin C, and several polyphenols (fruit and very dark chocolate) may reduce harmful effects of iron build up from red meat consumption. Specific recommendations might be made, such as ‘eat yogurt-based sauce with steak’, or ‘load up on vegetables’ (Bastide et al. 2011).

So where does this leave us? To meat, or not to meat, that is the question.

My view is that we need a little perspective. People who avoid processed and/or red meat because of the risk to health but still use their phones whilst driving, or regularly binge drink on alcohol should really have a word with themselves. There are so many factors at play when it comes to the accumulation of risk for cancer. Lifestyle is probably as important, if not more important than diet. Being sedentary or overweight or smoking is a far bigger risk for developing cancer than having some red or processed meat as part of a balanced diet.

(Baggini 2017): A short history of truth: Consolations for a post-truth world

(Leroy et al. 2018): Meat in the post-truth era: Mass media discourses on health and disease in the attention economy

(Ashworth and Mainland 1995): The Economic Impact of BSE on the UK Beef Industry

A Vegan Dietitian reviews ‘What the Health?’: https://www.vegan.com/posts/vegan-dietitian-review-what-the-health/

Scientists just found that red meat causes cancer….. or did they? https://examine.com/nutrition/scientists-just-found-that-red-meat-causes-cancer–or-did-they/

(Haas and Brownlie 2001): Iron Deficiency and Reduced Work Capacity: A Critical Review of the Research to Determine a Causal Relationship

(Bastide et al. 2011): Heme Iron from Meat and Risk of Colorectal Cancer: A Meta-analysis and a Review of the Mechanisms Involved